Ioannina is Epirus’ largest city and capital of Ioannina Prefecture. Built on the western shore of the Pamvotida Lake, this beautiful city is full of ancient legends and traditions which will enchant visitors. Orthodox churches and mosques, modern roads and quaint cobbled streets, old mansions and impressive new buildings, trendy bars and cafés coexist harmoniously in this historic city. Lose yourself into Ioannina streets, between mansions of Epirus’ architecture and neoclassical buildings and feel like traveling in time.

The city of Ioannina tour starts from its center; from its central Pyrrhus’ square. Landmark of this square is the clock with the Venetian bell built in 1905. Following Averof Street, you will have the opportunity to admire some buildings-monuments of the 20th century, such as the Courts, the 8th Division building and the Town Hall. Shortly before the castle, Averof Street meets an old commercial street; Independence Street. Along Independence Street and its vertical, surrounding, streets, you will find many small shops, traditional craft industries and old galleries, some of which have been recently restored, such as Stoa Louli (Louli’s gallery). Following, further, Averof Street, you will reach the imposing castle; a reference point of Ioannina city. The castle is divided into four sections: the Outer enclosure, the Northwestern citadel with Aslan Mosque, the Southeast citadel with Itch Kalé and Kastropoliteia (the city of the castle); the old town of Ioannina.

Major attractions inside the walls are the magnificent Soufari Saray building, which housed Ali Pasha’s School of Cavalry, the Kitchen building with its characteristic chimneys and Voimoundos’ Tower. Within the castle, there are three of the most important museums of the city: the Byzantine Museum, the Municipal Ethnographic Museum and Foti Rapakousis’ Museum. Besides its historical value, the castle offers delightful views of the beautiful Pamvotida Lake, known as Ioannina’s Lake.

The city has several other notable museums including the Archaeological Museum, the Folk Museum and Paul Vrellis’ Wax Museum. Also of great interest are the Municipal Art Gallery and the Gallery Company of Epirus’ Studies (EHM).

In Ioannina, several samples of the Ottoman architecture are preserved. Aslan Pasha Mosque and Fethiye Mosque, are located inside the castle, whilst Mosque Kanli Cesme, is located in Kaloutsiani.

The city tour should also include a lakeside stroll to the legendary Pamvotida Lake with its turquoise waters upon which the castle and Epirus’ mountains are mirrored. On the banks of the lake you will find restaurants that will introduce you to the secrets of the local cuisine as well as stylish cafés. Pamvotida Lake is famous for its islet, which houses a small, picturesque village. It is an oasis of pine trees and cypresses! Accessed by boat; do not miss a tour on the island to admire the houses with the slate roofs and the lush courtyards, the narrow cobbled streets and the folk art shops. The island is dominated by some important monasteries. St. Panteleimon’s Monastery, which houses the Museum of Pre-Revolutionary Era, stands out. In one of its cells Ali Pasha was killed. The island is famous for its traditional cafés, as well as taverns where you can taste local delicacies such as fresh trout, eels and frogs, which are considered to be a specialty of the whole region.

Only a few kilometers away from Ioannina, on the road to Metsovo, there is Perama Cave. This Cave is known for its brilliant stalactites and stalagmites formations and the rare species of a bear, the Spilaia Arkto (Cave Bear), fossilized bones and teeth. The surrounding area is perfect for enjoying the beautiful view over the lake; let nature blow you away!

In Ioannina, Ali Pasha and Kira Frosini’s city, present and past coexist in harmony; the city is full of life, yet it respects its rich historical heritage. 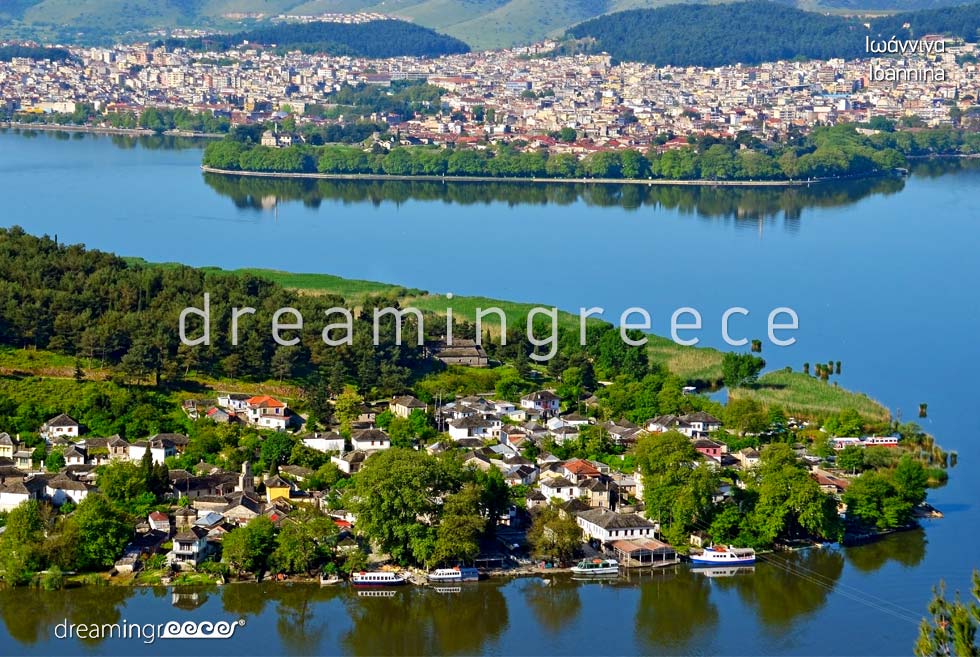 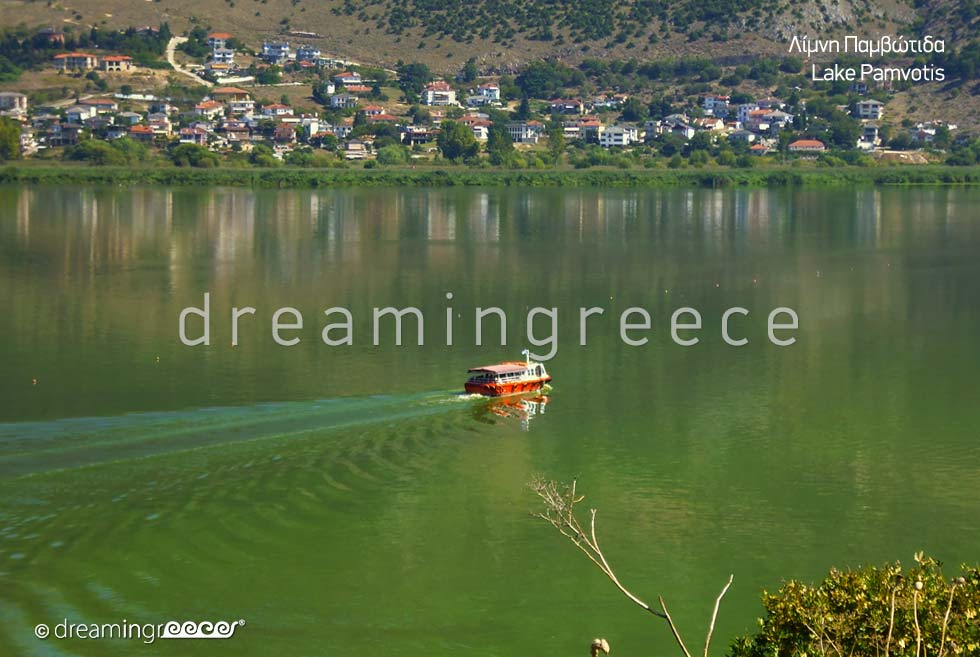 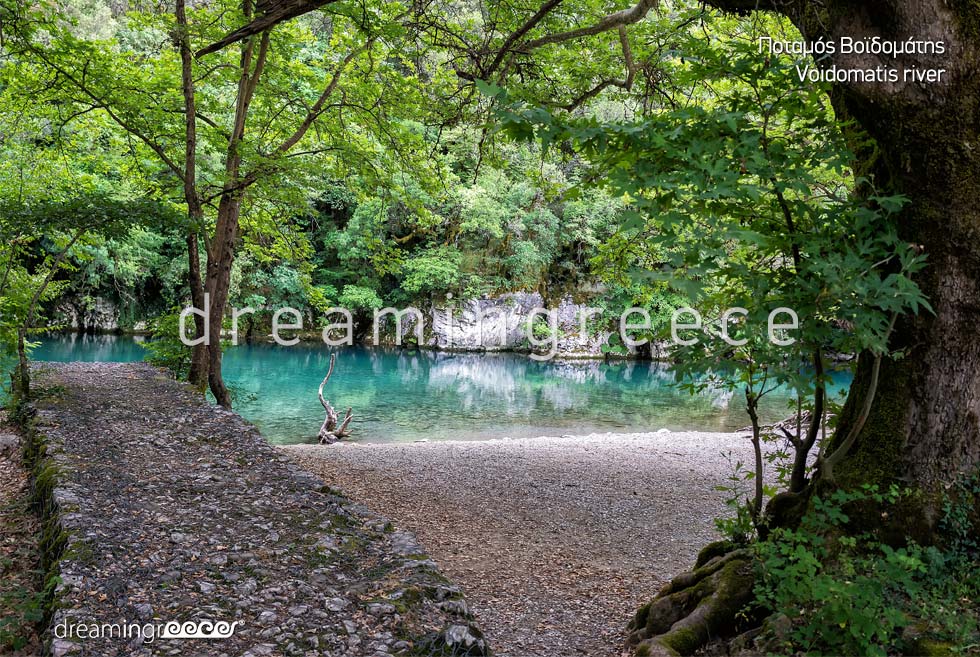 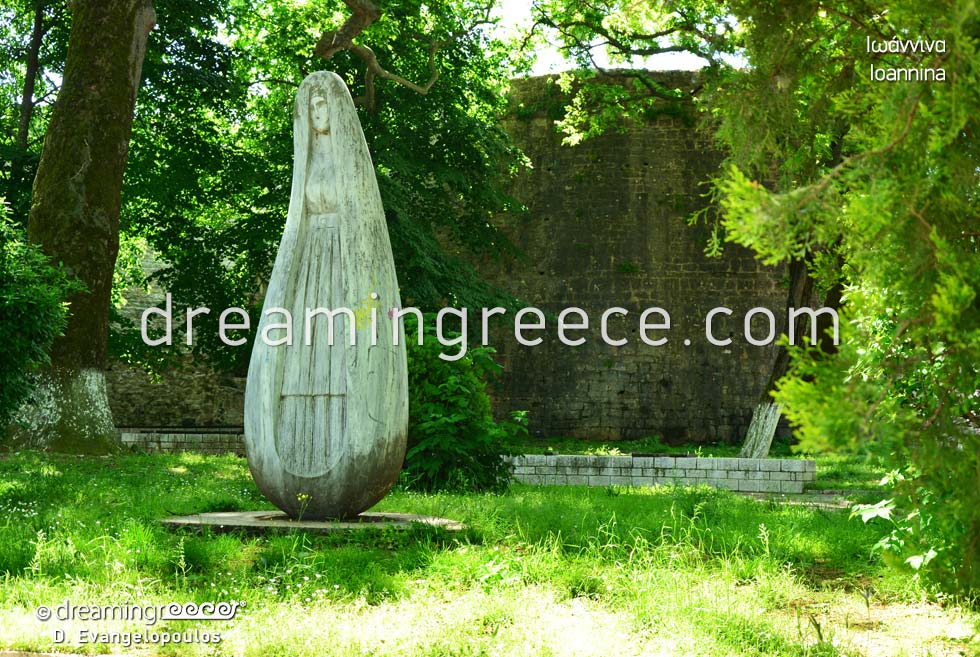 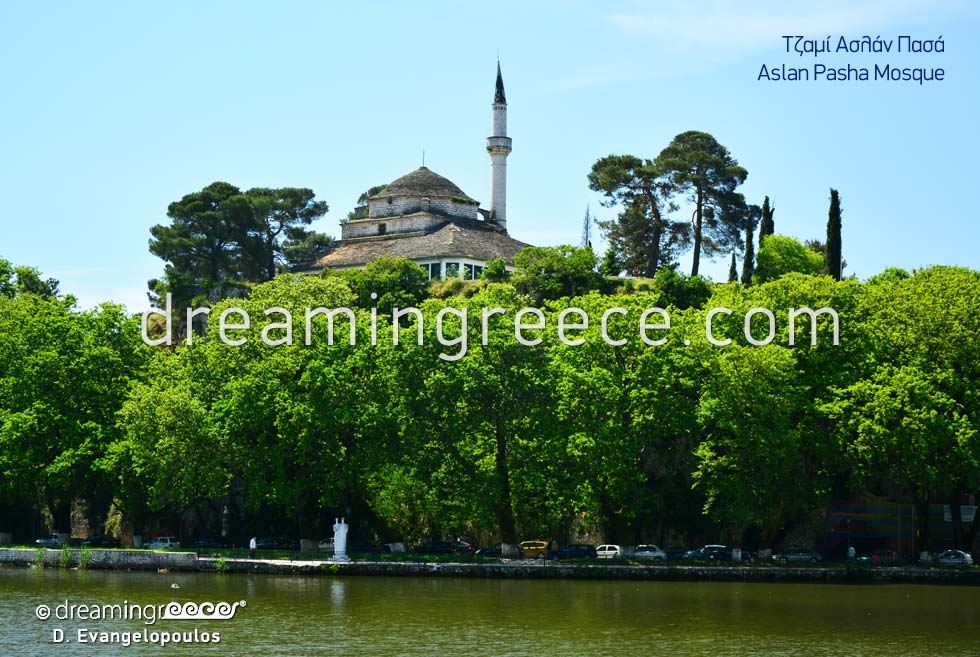 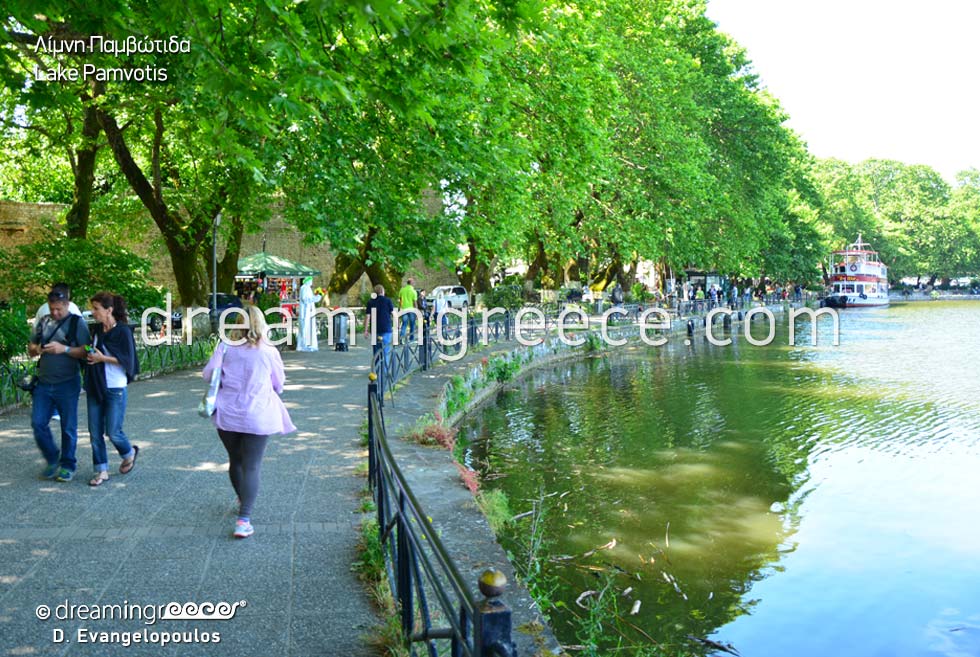 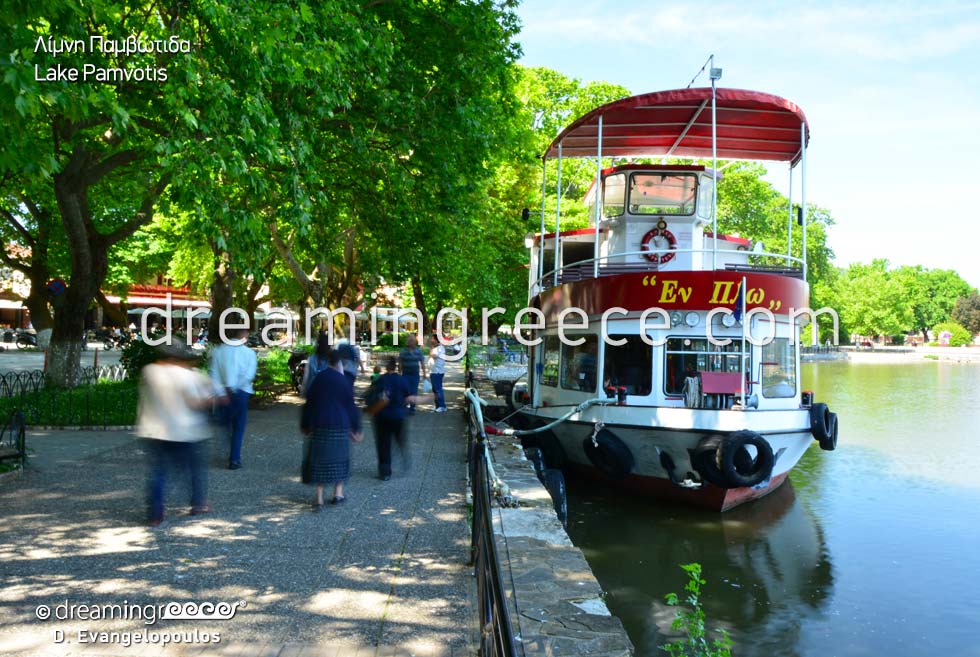 - The island of the Pamvotida Lake

- Fried frog legs with raki at the Pamvotida Island’s taverns

How to get there

To reach the city of Ioannina from Athens, you can drive via the National Highway heading to Patras (423 km distance – 5 hours and 30 minutes ride). When you reach the town of Rio, cross the bridge to Antirio and then follow the signs to Ioannina.

You can fly to Ioannina directly from Eleftherios Venizelos - Athens International Airport.

You can drive to Ioannina from Thessaloniki via Egnatia Highway (258 km distance – 2 hours and 15 minutes ride).

You can also take the Intercity Bus (KTEL Bus of Ioannina) from Macedonia Intercity Bus Station of Thessaloniki (2 hours and 45 minutes journey).

For your transportation within the city of Ioannina you can use the urban buses or taxies.

During your stay in Ioannina, you can be served for health issues:

Archaeological Site of Dodona
We Recommend

Plan and book your perfect trip